Check out these unique collection of New Year Trivia! The collection includes some of the most bizarre and peculiar New Year rituals from across the world. Surprise yourself by reading these New Year Fun Facts or perplex your guests by framing questions around these jolly fun-facts in the New Year Quiz you plan to host.

Tradition of using a baby to signify the New Year was started by ancient Greeks around 600 B.C. They would carry a baby around in a basket to honor Dionysus, the God of Fertility and symbolize his annual rebirth. 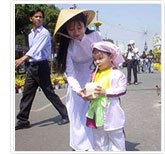 In Colombia, Cuba and Puerto Rico families stuff a life-size male doll with things that have bad memories or sadness associated with them, and then they dress it up in old clothes from each family member. At the stroke of midnight, this ‘Mr. Old Year’ is set on fire.

In Spain people eat 12 grapes as the clock strikes midnight (one each time the clock chimes) on New Year’s Eve. This peculiar ritual originated in the twentieth century when freak weather conditions resulted in an unseasonable bumper harvest of grapes. Not able to decide what to do about so many grapes at Christmas time, the King of Spain and the grape growers came up with the idea of the New Year ritual.

Late on the evening of December 3 1, people of Japan would eat a bowl of buckwheat noodles called “toshikoshisoba” (“year-crossing noodles”) and listen for the sound of the Buddhist temple bells, which were rung 108 times at midnight. The sound of these bells is said to purify the listeners of the 108 sins or evil passions that plague every human being.

In Brazil most people wear white clothes on New Year’s Eve to bring good luck and peace for the year that will follow.

Gifts in Shoes In Greece children leave their shoes by the fireside on New Year’s Day (also the Festival of Saint Basil in Greece) with the hope that Saint Basil, who was famous for his kindness, will come and fill their shoes with gifts. Carry a Suitcase

In Venezuela, Argentina, Bolivia, and Mexico, those with hopes of traveling in the New Year carry a suitcase around the house at midnight. Some even carry it around the block to ensure traveling at greater distances.

The people in China believe that there are evil spirits that roam the earth. So on New Year they burn crackers to scare the evil spirits. The doors and windows of every home in china can be seen sealed with paper. This is to keep the evil demons out.