New Year is the world’s most popularly celebrated festival. Perhaps, everybody would like to know how these celebrations began, from where it originated and what is so important about the festival. Let’s give you an insight to the origin of this grand event in a brief form.

Origin of New Year dates back to the era of emperors. They thought of celebrating a special day which should dot a day for beginning and end of the year. First New Year celebrations were noticed in Mesopotamia around 2000 years. It was celebrated at the time of Equinox in mid-March by the Egyptians, Persians and Phoenicians while Greeks celebrated it on winter solstice. 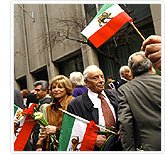 First New Year celebrations were noticed in Mesopotamia around 2000 years. It was celebrated at the time of Equinox in mid-March by the Egyptians, Persians and Phoenicians while Greeks celebrated it on winter solstice. As per the ancient Roman calendar New Year fell on March 1. This calendar just had ten months and March was the first month of the year. The calendar originated by the cycles of the moon, beginning in spring and ending with autumn planting.

It was Numa Pompilius, the second king of Rome who divided the year into twelve lunar months by adding the months of January and February. The New Year was shifted to January as it marked the beginning of the civil years in Rome. But this was not fully accepted by the people of Rome and they continued celebrating in the month of March only.

The Roman emperor Julius Caesar officially declared January 1 to be a New Year in 46 B.C. Romans worshiped God Janus who had two faces, one looking forward and the other looking backward. The month of January was named after this Roman God and it gave an idea to the emperor to establish January as a gate to the New Year. It is said Caesar celebrated January 1 – New Year by ordering the revolutionary Jewish forces to route back.

People began New Year celebrations on January 1 after many years. They ritualized the beginning of the year by acting and re-enacting the world of the past before peace proliferated. People learned January as first month of the year and with this the tradition of following Julian calendar.

In the medieval period, pagan festivals were given more importance and March 25 was announced as the beginning of the New Year. March 25 was called the Annunciation Day as on this day Mary got the news that she should be impregnated.

Later, the King of England ensured that Jesus’ birth December 25 should be commemorated as New Year.

About 500 years later, Pope Gregory XIII abolished the old Julian calendar and introduced Gregorian calendar which comprised of a leap year after every four years to maintain balance between seasons and calendar. Finally, in 1582, Gregorian calendar was set to celebrate New Year on the first day of January.