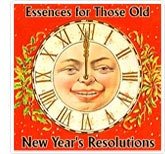 What is a New Year’s Resolution?

New Year Resolutions are basically commitment or promises that people make to themselves. These could be promises to complete a project or to alter a habit for their own betterment. Since these resolutions are usually made in the beginning of the year, these are popularly known as New Year’s Resolution. Ideally New Year’s resolution should remain into effect until the goal is achieved. However, it has been noticed that most New Year Resolution are broken fairly shortly after they are made.

It is said that the tradition of making New Year’s Resolutions was started by early Babylonians. Their most resolution was to return borrowed farm equipment and begin the new year with a clean slate. Some people believe that New Years Resolutions were once promises made to the Gods, in the hope that the Gods would grant them some favor in return, such as a good harvest. It was also believed that breaking of New Year’s resolution brought bad luck on the individual hence one was advised to be careful while making New Year’s Resolution.

In modern times, most popular New Year’s Resolution pertain to good health or good look. With obesity on the rise most people resolve to reduce weight by taking up exercises or by eating right. Other very popular and mostly broken resolution is to to quit smoking and drinking. Students usually make a resolution to complete their assignments on time and staying regular with studies. Resolution of waking up early and sleeping early are also quite common.

Here are some fun facts related to New Year as observed in America:

Though many people make New Year’s Resolution with enthusiasm and zeal, yet it has been noticed that most of these resolution fail shortly after. Experts feel that the reason for the failure of these resolution is that most people do not back their resolution with proper planning. It is recommended that one should plan how to effectively deal with the temptation of giving up the resolution in the mid-way. Besides, it is recommended that one should take help of friends and dear ones to keep their motivation level high.
Click here for more information on How to Keep New Year’s Resolution.