To help you cherish the spirit of New Year in a better and a special way, here is an exhaustive and awesome collection of New Year Quotes. The collection has been categorized into Inspirational New Year Quotes, New Year Resolution Quotes and Selected New Year Quotations by some of the most well-know writers of our times. Share these quotes on New Year with your loved ones and wish them health and happiness in the coming year. 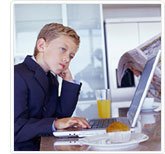 Be always at war with your vices, at peace with your neighbors, and let each new year find you a better man.
Benjamin Franklin

Year’s end is neither an end nor a beginning but a going on, with all the wisdom that experience can instill in us.
Hal Borland

The Old Year has gone. Let the dead past bury its own dead. The New Year has taken possession of the clock of time. All hail the duties and possibilities of the coming twelve months!
Edward Payson Powell

Cheers to a New Year and another chance for us to get it right.
Oprah Winfrey

We will open the book. Its pages are blank. We are going to put words on them ourselves. The book is called Opportunity and its first chapter is New Year’s Day.
Edith Lovejoy Pierce

Glory to God in highest heaven,
Who unto man His Son hath given;
While angels sing with tender mirth,
A glad new year to all the earth.
Martin Luther

A happy New Year! Grant that I
May bring no tear to any eye
When this New Year in time shall end
Let it be said I’ve played the friend,
Have lived and loved and labored here,
And made of it a happy year.
Edgar Guest

We spend January 1 walking through our lives, room by room, drawing up a list of work to be done, cracks to be patched. Maybe this year, to balance the list, we ought to walk through the rooms of our lives… not looking for flaws, but for potential.
Ellen Goodman

Many people look forward to the new year for a new start on old habits.
Author Unknown

A New Year’s resolution is something that goes in one year and out the other.
Author Unknown

The new year begins in a snow-storm of white vows.
George William Curtis

New Year’s Day: Now is the accepted time to make your regular annual good resolutions. Next week you can begin paving hell with them as usual.
Mark Twain

Good resolutions are simply checks that men draw on a bank where they have no account.
Oscar Wilde

But can one still make resolutions when one is over forty? I live according to twenty-year-old habits.
Andre Gide

One resolution I have made, and try always to keep, is this: To rise above the little things.
John Burroughs

May all your troubles last as long as your New Year’s resolutions.
Joey Adams

He who breaks a resolution is a weakling;
He who makes one is a fool.
F.M. Knowles

I think in terms of the day’s resolutions, not the year’s.
Henry Moore

I made no resolutions for the New Year. The habit of making plans, of criticizing, sanctioning and molding my life, is too much of a daily event for me.
Anaïs Nin

New Year’s Resolution: To tolerate fools more gladly, provided this does not encourage them to take up more of my time.
James Agate

The merry year is born
Like the bright berry from the naked thorn.
Hartley Coleridge

No one ever regarded the First of January with indifference. It is that from which all date their time, and count upon what is left. It is the nativity of our common Adam.
Charles Lamb

The proper behavior all through the holiday season is to be drunk. This drunkenness culminates on New Year’s Eve, when you get so drunk you kiss the person you’re married to.
P.J. O’Rourke

Drop the last year into the silent limbo of the past. Let it go, for it was imperfect, and thank God that it can go.
Brooks Atkinson

Each age has deemed the new-born year
The fittest time for festal cheer.
Walter Scott

Of all sound of all bells… most solemn and touching is the peal which rings out the Old Year.
Charles Lamb

It wouldn’t be New Year’s if I didn’t have regrets.
William Thomas

Time has no divisions to mark its passage, there is never a thunder-storm or blare of trumpets to announce the beginning of a new month or year. Even when a new century begins it is only we mortals who ring bells and fire off pistols.
Thomas Mann

New Year’s is a harmless annual institution, of no particular use to anybody save as a scapegoat for promiscuous drunks, and friendly calls and humbug resolutions.
Mark Twain

Every man regards his own life as the New Year’s Eve of time.
Jean Paul Richter

The only way to spend New Year’s Eve is either quietly with friends or in a brothel. Otherwise when the evening ends and people pair off, someone is bound to be left in tears.
W.H. Auden