Just at the beginning of New Year, or even before, everyone start looking for New Year Horoscopes. The excitement is to have an idea as to what the coming year has in store for them. Though many seriously believe in the validity of the horoscopes most others just enjoy reading them. 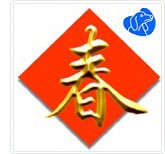 Whether one believes in them or not, the truth is that New Year Horoscopes are extremely popular. Most newspapers, magazines, TV channels, calendars give detailed horoscopes reports to suit the fancy of their readers. These days one can also find New Year Horoscopes in many of the astrology websites. Besides, several astrologers, numerologists, tarot card readers publish books which claim to predict a person’s future in coming year. These are very much in demand and even work as a New Year’s gift.

To trigger the minds of the readers, most New Year horoscopes give prediction on some of the most touching aspects of our life including career, love life, relationships, money matters, travel prospects, health etc. Many people feel that most of the the horoscopes give generalized or vague predictions which in some way or the other seems true for every one. At times people use selective thinking to fit the predictions into their lives. Well, whatever be the case, the fact remains that New Year predictions are extremely popular and the craze for them seems to be increasing amongst both the young and old.

Different theories are used to predict one’s future. Some of the most popular ones include:

Sun Sign Astrology
Sun Sign astrology is one of the most popular form of traditional Western astrology. This is quite popular in newspaper columns. This system describe a map of the zodiac at the time of one’s birth. The zodiac is divided into twelve zones of the sky, each named after the constellation that originally fell within its zone (Taurus, Leo, etc.). The apparent paths of the sun, the moon, and the major planets all fall within the zodiac.

Tarot Cards
Tarot Cards are quite popular in present times. These are considered powerful tools for those with the ability to interpret the cards. Traditionally, there are 78 cards in a Tarot Card deck and is separated into two parts – the Major Arcana and Minor Arcana. The type of Tarot Card deck used is based upon personal preference.

Chinese Astrology
Chinese Astrology is one of the oldest types of Astrology and is popular all over the world. Each Chinese Astrology sign is represented by an animal. There are 12 animal signs in total, each corresponding to a lunar year. Each of these signs also having 5 elements namely, Wood, Fire, Earth, Metal and Water. In certain years, particular elements are more prominent.

Junishi or Japanese Astrology
Japanese style of astrological predictions is known as Junishi. This is based on 12 year cycle of animal years and is gradually gaining popularity.

Numerology
Numerology is the study of numbers and how they relate to us. The study takes into consideration birth date, numeric value of alphabets used in one’s name and other basic numerology techniques to determine the future of a person.

Blood Type Japanese people use person’s blood group to determine a person’s character. Though there is no scientific theory to back this system of predicting future there are many who believe in it.